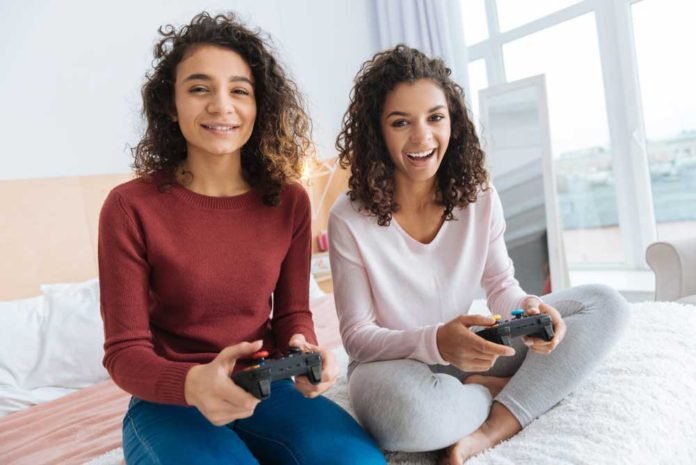 Video games have been debated for their negative effects for over 30 years in much the same way that television, music and even reading books have faced criticism in their time. The alleged negative effects such as aggression, obesity, addiction, and strain injuries tend to get far more publicity than the positive effects.

However, there is a huge amount of evidence from research which shows that video games can be put to therapeutic and educational purposes. Many studies have also revealed how video games can improve eye-hand coordination and reaction time.

Video games have an appeal which goes beyond demographic boundaries such as age, gender or ethnicity. They are increasingly being used to set goals and practice towards them provide feedback and also keep a record of behavioral change. People spend a lot of cash in setting up a good gaming system with powerful video cards and other gaming accessories to enhance the experience. They also buy expensive console games to try different adventures of the gaming world, alongside their online gaming partners.

Studies have shown that interacting with video games can stimulate learning and also allow a person to experience curiosity and challenge which triggers learning. This also presents the opportunity to develop skills or practice challenging activities such as flight simulators. Video games are obviously entertaining as well as stimulating which is not just a claim but a fact backed by evidence.

A study conducted in 2005 showed that modern-day video games may give stimulation to human hippocampus. Participants were non-gamers and divided into 3 groups: the first group was asked to do nothing, the second group was given to play Super Mario 3D World, while the third group played Angry Birds 2D game.

The group that played Super Mario showed enhanced mnemonic difference ability as well as improvements in a virtual maze task. While the other two groups showed no improvements at all. In contrast to brain exercising activities, video games naturally require many cognitive abilities such as visual, emotional, critical thinking and working memory.

Another study was conducted in 2003 and was published in the journal PLOS One. In that study, five groups of amateur gamers were taken on board to play one video game on their mobile devices for one hour in a week, five days a week, and for about a month. The participants played action and non-action games and were obliged to take four behavioral tasks before and after the gaming session to examine the effects. The study showed that significant cognitive improvements were reported by both action and non-action video games players, with different games improving different cognitive abilities. This suggests that different games can be chosen depending on which particular cognitive function one aims to improve.

Grey matter includes part of the brain involved in sensory perception which includes decision making, memory, self-control etc. good decision making is certainly a skill that can be used to plan the future, for example. A study was published in 2013 which showed that video games can support grey matter in the hippocampus.

For instance, Super Mario was shown to be effective in increasing grey matter in parts of the brain used for motor skills, navigating, strategizing, planning and working memory. Another study was conducted using Super Mario on older people and it found to clearly increase grey matter.

Aging is a natural process in a person’s life, but those who are looking to stay mentally sharp in their old age can get involved in playing video games to slow down the process. A study conducted in 2013 showed this by tasking a group of people over the age of 50 years to play brain-challenging games. It concluded that those who played for about 10 hours were able to achieve three years of cognitive improvements when tested after a year.

Many believe that video games are linked to bad academic performance. A study conducted in the UK in 2013 found that certain video games can aid the brain to become more agile and improve strategizing and planning skills. Cognitive flexibility is the ability to adapt and switch between activities and also to assume multiple ideas for problem-solving tasks. The volunteers were tested, where one group played StarCraft while the other group played The Sims. The study found that the group which played StarCraft for 40 hours in six to eight weeks was much better in cognitive abilities as compared to the other group.

Car Racing Games: Live Your Driving Fantasy in Your Own Way