Did you know, customers depend entirely on research before purchasing your products or...
HomeTechTop 6 Reasons... 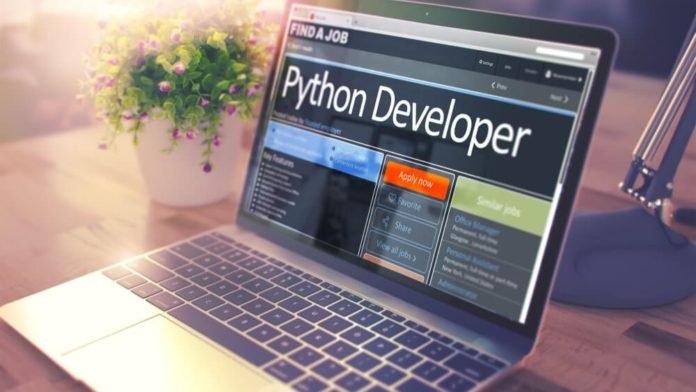 If you are a developer, what website you usually reach to take help regarding code and understand advanced coding tactics.

Without a second thought, Stack Overflow!

Being one of the most sought-after code websites, it’s predictions, thoughts, and propositions are always reliable. According to Stack Overflow, pandas, a Python package, is growing like never before. Since its arrival in 2011, it now constitutes 1% of Stack Overflow question views.

Django has still not set the pace; however, questions about numpy and matplotlib, two data science packages, have grown considerably.

Yes, Flask is in trend; however, it is still to achieve a good grade just like Python.

With the arrival of data science, Python, as a programming language has truly notched up a high score, but the scenario is not completely the same in the field of Web Development.

2019 is around the corner, and its high time to discuss the factors that can drive the growth of Python in Data Science in 2018.

Data Science is one of the top reasons responsible for the growing love for Python. Not only does it offer exciting work, but it enables you to achieve high paychecks. Take a look at the following three data science libraries responsible for the augmentation of Python worldwide.

Pandas: Pandas is a software library that allows data manipulation and analysis using the Python programming language. You get a handful of data structures and operations so that you can architect numerical tables.

It comes under the three-clause BSD license and costs you zero. It is quite similar to NumPy.

NumPy: NumPy is another library for the Python programming language.  What makes it fascinating is its support for multifaceted arrays and matrices. Since it involves a huge collection of high-level mathematical functions, operating arrays becomes far easier.

NumPy has laid the foundation of Pandas. It adapts to scientific computing environment easily while integrating with other libraries.

Matplotlib: From Python scripts to the Python and IPython shell to the Jupyter notebook, Matplotlib is part of so many third-party environments. Being a Python 2D plotting library, it provides you with solid figures in different hardcopy formats.

Flask: Flask is yet another Python web framework and accounts for simple development principles. Flask has more essence of Python compared to Django because Flask encompasses explicit web development codes.

Beginners can take advantage of boilerplate code to run their web development faster.

Machine learning and AI have become a major part of every industry. The birth of advanced algorithms has enabled organizations to play on deep learning and, therefore, AI in different ways.

Some major examples of ML are Sophia, Alexa. Siri, etc. Using deep neural networks, they have so far been to predict the future with high precision. Now, AI has jumped onto Python bandwagon by leveraging python libraries.

Python decodes the complex syntax faster compared to other fellow languages. No longer does a developer need to implement complex algorithms and can test them in a few minutes.

What makes Python easier is its libraries that allow every developer to complete a development project successfully. Hardcore codes and syntax of other programming languages no longer afraid web developers.

To the technical point of view, Python is quite simpler than Java and C++; therefore, coders can easily understand it with Python Programming training.

Python is a multi-purpose language and caters to many operations. You can easily make it part of your other work functions which is not possible to do with the R language that plays a significant role in Data Science and Machine Learning but has a substandard in web development.

The role of Python in web development is worth paying attention for. From developing your web application with the help of Flask and Django to data evaluation using Scikit-Learn, Scipy, NumPy, and NLTK, Python is everywhere.

Learning never stops due to advancement that confronts us with innovations. The Python language is growing, thanks to its libraries and, therefore, the scope of learning is always there.

Python is a versatile language and often considered a one-stop solution for data scientists in the world of big data analytics. The influence of Python on companies implies the high demand for data analysts.

New deep learning architectures have integrated Python APIs that made Python extremely productive and scalable. Over the past two years, a lot of progression in deep learning Python frameworks has taken place, resulting in TensorFlow.  AI is such a vast field, and we have not exploited it fully, but with Python, a developer can rectify their point with a thirty lines code.