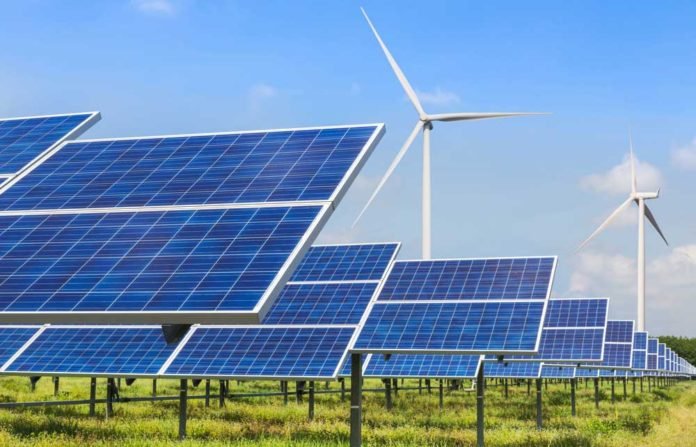 Recent trends are attempting to shift to an environmentally-friendly approach, as industries try to streamline their activities with green methods. Initiatives like Scoop.Solar etc. are also on the rise, contributing their due to a world that echoes with clean energy.

Additionally, the worsening climate disasters, suffocating urban pollution, and dying coral reefs are factors that scream for the need for clean energy. The impending water shortage, quickly depleting fossil fuels, and the oceans filling up with plastic add to the list of reasons to pursue clean energy.

In the light of all these factors, smart energy today is a must. Here is a look at how the emerging global trends will paint the clean energy landscape in 2018:

The Global Trends in Renewable Energy Investment 2018 report reveals the persistent drop in the prices of solar electricity. It also pointed out that the costs of wind power have dipped to an extent in present times.

Moreover, last year was marked as the eighth consecutive year that exceeded $200 billion in global investment in renewable sources of energy. China exhibited the most significant growth in the renewable energy sector, experiencing a growth of 31%. These statistics reveal that the market for the investment and growth of clean energy is plush. Such a trend of burgeoning investment is also anticipated for the present year.

Of the trending growth in renewable sources of energy, the investment in solar power is forecasted to soar the highest. This is in the context of the advancement in solar energy in the past year that exceeded all records. In 2017, solar energy dominated the clean energy power generation means like never before.

A record total of 98 gigawatts of new solar capacity were added to the green energy grid. This figure outnumbers the net addition of all other technology including nuclear power, fossil fuel, and other renewable energy sources. Furthermore, the expenditure on solar power totaled to $160.0 billion. 2018 is expected to see solar installations creeping up to at least 107 gigawatts. As a result, there should also follow a positive increase in demand for companies manufacturing DC power equipment like Innovative Circuit Technology.

A favorable trend in the environmentally friendly domain will be a drop in the prices of Lithium-ion battery packs. The present year will witness a steady fall in the prices. It is estimated that the average cost of each pack will go down by 10-15%. Morgan Stanley analyst estimates that the price of lithium will peak at nearly $US13,000, then decline to $US7,000 by 2021.

This trend will emerge despite mushrooming prices of lithium and cobalt culminating in multiplying average cell prices. This course will come forth as a consequence of larger sizes of average packs, enhanced lithium supplies, and an improvement in energy density by 5-7% annually.

Wind energy is one of the chief clean energy sources. The market of wind turbines stood at $157 billion and has evolved slowly but surely. Onshore wind turbines continue to exhibit progress. The global demand for wind installations is also favorable. It has been estimated to showcase a bump up of 8% from 36-45 gigawatts during 2017-20 around the world excluding China.

MAKE also suggests the same. It predicts that more than 65 gigawatts of annual wind-power capacity will be added between 2018-2027. This underlines that the current year will also register snowballing number of wind projects. Latin America and China are expected to show a growth in this regard in 2018. Germany, China, Netherlands, and the UK will continue setting offshore wind turbines.

Alongside the energy industry, the transportation industry also shows an inclination toward green moves. In this regard, electric vehicles’ sales will taste the peaks of growth in 2018, the highest observed so far. Relative to 2017, sales will shift up by 40%. The poor quality of urban air in Europe will encourage this growth among other reasons.

#6. Green initiatives in the power and utility industry

The power and utility sector is also on the cusp of significant green change. Such a steady transformation will substantially add to the penetration of clean energy. The industry is presently seeing changes in generation choices, technology, customer empowerment, and regulation.

In the present, these changes will gain momentum, as digitalization makes utilities more adaptable. Marlene Motyka from Deloitte US elaborates on this role. She is of the view that technological advances support the enhanced deployment of renewable sources by integrating it into the grid. Motyka holds digitalization and energy storage as two factors that will promote rapid headway.

On the whole, emerging global trends for clean energy pay homage to the ‘go green’ mantra. The trends revolve around spiraling growth of the solar installations and wind projects, both offshore and onshore ones. The present year will also outline a spike in the sales of electric vehicles and an increased investment in renewable energy sources. Over and above that, China and India are anticipated to show the greatest eco-friendly energy transitions across the globe. Records from 2017 also support these guesstimates.

Erik Solheim, UN Environment head, sums up the flourishing trends for clean energy. He points out,

The extraordinary surge in solar investment shows how the global energy map is changing and, more importantly, what the economic benefits are of such a shift. Investments in renewables bring more people into the economy, they deliver more jobs, better quality jobs, and better-paid jobs. Clean energy also means less pollution, which means healthier, happier development.