Did you know, customers depend entirely on research before purchasing your products or...
HomeTechHow Do Parents...

How Do Parents Control Or Monitor Their Children’s Access To The Internet On Their Devices? 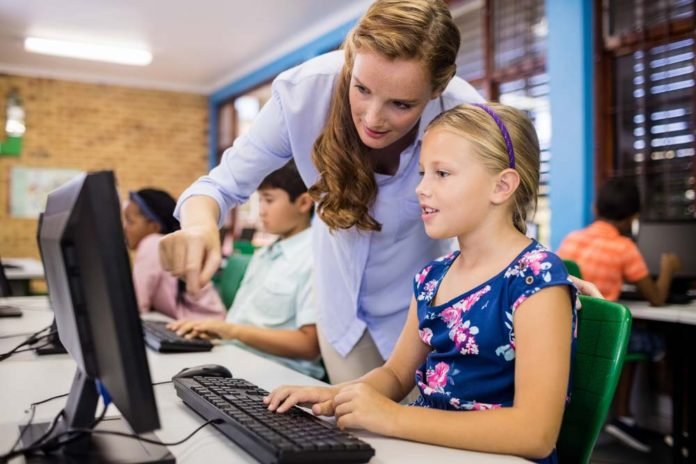 Internet usage is something which has skyrocketed in recent times.

Ever since this technology emerged, the world has changed in ways never thought possible.

Indeed, that change has continued, and still does, with each passing day.

While internet penetration in the world is still relatively low in many places, the fact is that this medium of information flow is here to stay.

And the effect of the internet is something that can be observed in the lives of everyone, from the young to the old. When it comes to the case of children, internet usage is something that is to be addressed in a way that is good and conducive to the child’s development.

The reasons for this are several, such as the wastage of time, excessive use of online games, porn, privacy issues, shady websites and so on. When it comes to adults, these are usually well understood, and to a large extent, effectively dealt with. But in the case of children, their innocence about the state of the world leaves them vulnerable to all sorts of negative impact. And that’s where it becomes important for a parent to maintain control over how the internet is used. Also, this holds true for usage of the internet on alldevicese, from smartphones and tablets to laptops and personal computers.

What is all comes down to is a simple question, which goes along the lines of,

How do you monitor the internet usage of children?

As clear cut as the question is, there are no clear answers. On the contrary, what you do have are a series of answers, each of which serve a unique purpose.

Given in the list below are some of the best ways in which internet usage can be monitored, in the case of children:

This is by far one of the best ways to control how kids use the internet.

If there is one thing the internet is good for, it is wasting time. It is in fact well known that ‘surfing the web’, is a giant waste of time. Given that the internet involves an endless number of webpages interconnected to each other, it is easy for one to get lost in this maze. And that’s how people end up spending not just a couple of minutes, but rather hours on end on the web.

By setting up a clear limitation on the number of hours a kid is permitted to use the internet, the biggest potential for its abuse gets eliminated.

#2. Teach Them to Plan out Their Internet Usage

The next thing that can be done is to teach them on how to use the internet.

Quite often, the endless amount of information causes people to become lost on the web. And this is especially true in the case of children.

By teaching them to plan out the way they use the internet, you can help them to dodge the problem of getting distracted.

This is not always avoidable, but a great part of it can certainly be contained.

#3. Let Them Use the Internet in an Open Area

This is one of the best ways to ensure that kids don’t end up on shady or otherwise unwanted websites.

Given that they will be using the internet in a fairly open place, as it tends to have a psychological effect on kids.

In other words, they are less likely to drift off to bad corners of the internet when they use it in the open, as opposed to doing the same in a hidden away place.

#4. Teach Them to Be Open about the Way They Use the Internet

Kids tend to be ‘reserved’ about many things with their parents.

And this holds true for their personal lives, as much as the way they use the internet.

The reasons for this are many. One of the most important reasons, however, is the fact that they don’t feel comfortable with their parents. In other words, they feel like their parents aren’t approachable in this regard.

Let them know that they can approach you whenever they want, and talk to them about their internet usage, just like anything else. This will help in creating an atmosphere of openness between you and the kids.

#5. Install Monitoring Software on the Device

Another great way to monitor their internet usage is through the use of the many different webs monitoring software currently available.

The software comes in both free as well as paid versions, giving you flexibility with regard to your budgets.

When installed, they will keep a track of all the websites that are visited on the device or computer, and saving them for future reference. They will go a long way in helping you know if your kids are using or abusing the internet.

#6. Make Them Aware of the Potential Dangers

They seem to think that it is just another medium like anything else, due to their inherent innocence.

It is therefore important that you make them aware of the dangers that exist online, in a way that they can understand. You don’t have to explain to them about everything, but you can make them understand that it is not as harmless as it may seem, and that there are real dangers on the internet if they are not careful in the way it is used.

#7. Punish Them When Necessary

This is one way in which it is possible to control the way in which kids use the internet, but something that has to be used sparingly.

Let the kids understand the dangers of the internet and help them make the best use of it. Usually, kids listen to reason and logic, if they are put forth in an understandable way.

But in the case where all else fails, feel free to punish them appropriately, so as to let them know the seriousness of their actions.

As a whole, the list of steps mentioned above, and others like it can go a long way in ensuring that you have greater control over your child’s online activity.

Done right, it should help in ensuring that your child is able to use the internet in a way that is constructive, and at the same time, enable you to maintain a greater control over your child’s activities.