Did you know, customers depend entirely on research before purchasing your products or...
HomeSoftwareiOS 12 Upgrades:... 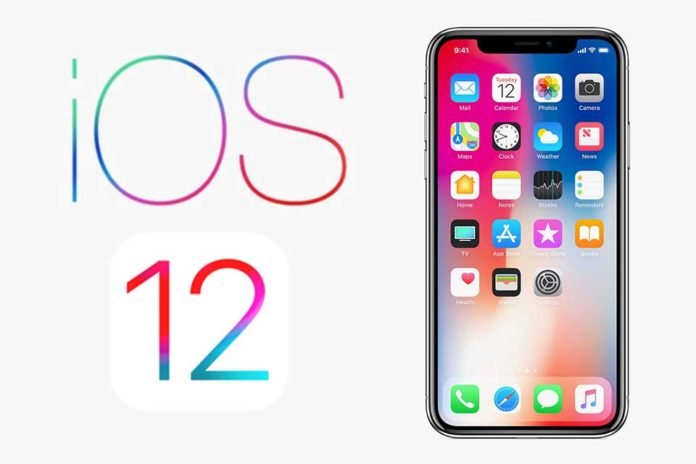 Apple’s software chief Craig Federighi recently discussed at a WWDC detail of the upcoming iOS 12 release in September 2018. The world is poised with excitement, including beta testers who swear by the new serious security and speed upgrades. According to Apple, this iOS will completely change your smartphone experience while still in keeping with Apple’s vision. With the new security features, it doesn’t matter if you use Cox internet packages or free hotspots in coffee shops. Your device, identity, and information are safe.

Let’s look at what we can expect from Apple iOS 12 in three key areas; Security, Speed, and Smarts.

Apple has always prided itself on its secure App Store and full-device encryption. According to developers, iOS 12 is about to make your Apple device even more secure. Here’s how:

Two-factor authentication is a great way to protect information even if your login credentials are compromised. Typically, other than the username and password, a code will be generated to grant access to your account on a new device. While this makes life difficult for hackers, it is a nuisance when you do a lot of logging in from different devices. iOS 12 solves this problem by Security code AutoFill, which allows iOS to pass the incoming code directly to the app requesting it. This is convenient and saves you the effort of copying the code or switching between apps.

Safari already blocks cookies from third-parties as well as first-party cookies older than 30 days. iOS 12 takes this even further. By blocking comment boxes and sharing icons that identify your device even if not used, it ensures your browsing privacy. Additionally, the new iOS tries to prevent digital fingerprinting which allows ad trackers to recognize the unique fingerprint of your device. Ad trackers use this information to build up a profile of your browsing habits. But the new iOS anti-tracking protocols remove this from the list of things you need to worry about.

In iOS 12, Safari will reportedly suggest stronger passwords for different accounts you use. It will alert you if two or more of your accounts have the same password i.e. not good security hygiene. And as always, these passwords will be synced across all your Apple devices.

FaceTime is expected to get the long-awaited group video calling update with this iOS. Not only are one-to-one calls fully encrypted but so are these group chats. In fact, the encryption standard is so high even Apple can’t look at your Facetime calls. It is expected to support up to 31 participants at a time.

iOS 12 will automatically share your location with an emergency call center whenever you dial 911. This makes it easier for you to receive the help you need, being the difference between life and death. Confusing or unfamiliar surrounds will not be a hindrance to emergency services to find you.

Improving on the standard 7 days window, iOS 12 will reportedly use the Lightning port only as a charging port. This prevents hackers, or even law enforcement agents, from carrying on brute force and compromising your private data. An iPhone running iOS12 is less likely to get cracked if stolen. In many cases, it will become un-hackable even before anyone can start working to crack its security.

Apple claims the new iOS will offer improved performance in app launching (40%) and keyboard display (50%). Tests on the first beta versions seem to be in favor of these claims. Even though the actual improvement was not as much as first announced, tests show that the iOS12 beta is much faster. On older models like the iPhone 5s, the device running the beta update booted up and launched apps significantly faster. It is important to note that Apple only seriously works on speed improvements much later into the iOS. Regardless, the beta version is certainly promising.

In the final part of this article, we will look at some of the quirkiest promised smart updates expected with iOS 12. These include enhancements to some of the most recognizable features you get with Apple.

Federighi announced a variety of enhancements to the new OS AR support. It allows your device’s virtual features to interact more comprehensively with the real world through the rear camera. A new Measure feature, for instance, allows you to measure the distance between 2 points or objects accurately.

Photos are getting a refresh with iOS 12. The app will now have the ability to index over 4 million photos. An advanced search will make it easy to find specific photos. There’s a new sharing feature as well to conveniently share images with family and friends.

Siri will now have the feature to allow any app to add a shortcut. Essentially, you can add a function or functions to certain simple shortcuts. For example, let’s take a simple shortcut titled ‘on my way home’. It can prompt Siri to turn on the heating, call you an Uber and any other steps you may want. The shortcut possibilities are endless.

To get the most out of the new iOS, you shouldn’t just get a good data plan. A good service like Cox internet packages can help you get the best Apple experience possible. It also helps save on data costs, which can be a problem unless you’re using data restriction on your iOS.