Did you know, customers depend entirely on research before purchasing your products or...
HomeTechWhat Tech to... 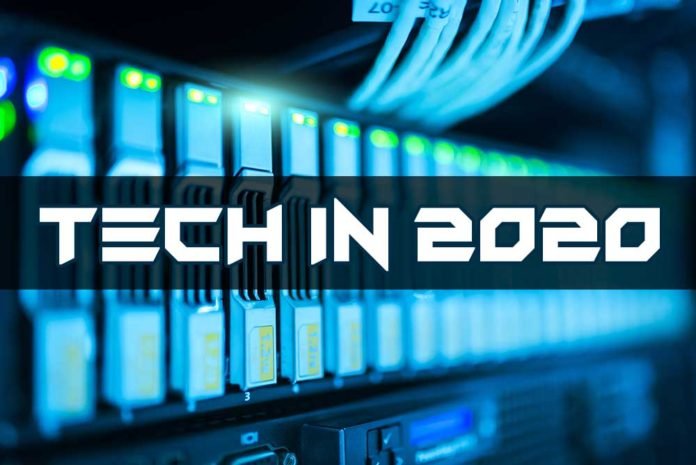 Ten years ago, you probably couldn’t imagine all the advancements technology would bring. In just a few years, Scientists were able to photograph for the first time a dark hole in space, robots assisted doctors into complex surgeries, and 3D printers brought the possibility to print almost anything at home.

For the next year, we can expect some exciting news and improvements to already existing technologies. The year of 2020 opens an era of unprecedented connectivity, synthetic human brains, neuromorphic computer chips, and self-driving cars. For gamers, this will be definitely an exciting moment. Players can expect to experience their favorite games as never before, and at any chosen device.

Since computers are already as fast as ever, and virtual reality is a thing, what’s next to look forward?

In comparison to the current 4G, the fifth generation of wireless connectivity is 100-250 times faster and has an extremely low-latency rate (1 millisecond or less), which is almost real-time communication. If you are not aware of what the term low-latency means, it is the amount of delay between sending and receiving information, humans, for example, have a reaction time of 200 – 300 milliseconds.

In practice, 5G enables players to don’t ever suffer from lag again, play a real-time first-person shooter on your phone, download anything in just seconds, control virtual objects with several other people at the same time, and it will also enable servers to offer a consistent service, even during peak periods. It will also turn cloud computing and gaming far more accessible to consumers.

However, players are not the only ones who will rejoice with this technology. Self-driving cars can be improved with real-time communication between other vehicles, traffic lights, road sensors, and so on. Robotic devices can also operate real-time surgeries, even if the surgeon is miles away from the patient.

We can never grow tired of our favorite games but is true sometimes we just need to spice things up.  Maybe you like to play games with other user’s mods. Or perhaps you build them yourself? Well, open-source games not only allow you to do it, but also encourage you to learn from it, improve, and even create your own version.

Top game developers will not be the sole responsible for a game’s development, users and players will also be able to contribute and share their projects, without investing in expensive software.

You already can find some VR headsets for affordable prices in the market, but the current 3D graphics are still far from being perfect. Renderings lack clarity and can look like poorly sketched cartoons. And that’s probably the reason why this technology hasn’t hooked everyone yet. Although highly immersive, future improvements needs to be implemented to place VR into the right track to become mainstream.

Augmented Virtual Reality, or AVR, is also a technology, which is still under improvements. After Pokémon GO, there are no doubts this will be the future. We can expect enhanced AI integration, which already allows us to play with Snapchat filters, greater collaborative environment, and better graphics.

AVR and VR are also great for teaching and training. Virtual environments allow students to practice in safety, from dangerous activities to the simplest ones. Some companies, such as Walmart, have already announced that it is using the Oculus Go headsets to train its employees.

The gaming industry expects to make games as accessible as Netflix and Spotify. And that’s where cloud computing and streaming comes in. This technology allows players to access their favorite games from any device, not bounding users to a specific platform. Cloud gaming means the remote server will do all the heavy work. Your device will only receive the streaming video, audio, and send back your commands to the server.

As it would be with a streaming video service, (but interactive), there is no need for expensive hardware or console. All you will need is a stable internet connection to start playing immediately. You can do it on your smartphone, tablet, TV and any other device. Cloud gaming also promises to be cheaper and faster to download.

In the current cloud gaming market you can find recognized gaming brands such as Steam, Nvidia, and Sony. Google has also announced its Stadia game service, to be launched in November 2019.

PC monitors couldn’t be skipped. Every year, manufacturers compete to offer the most immersive experience a screen can deliver. Ultra-wide screens, 4K, 3D, HDR, improved speakers, smart assistant built-in, and much more are already a reality to most players. We can definitely expect to have more affordable prices and variety for the next year.

Some of the most cutting-edge monitors have been recently launched, so check if the monitor you were looking forward to isn’t already available!

There are plenty of good things to expect for the next year. The 5G Network is probably the most anticipated one since its implementation will facilitate several other applications. The future looks bright, not only for players who are seeking the best hardware and latest trends, but also to several different segments such as housing, health, and transport.